Last December I met a girl who was passionate about photographing and filming the events in her daily life. Everywhere we went, whether it was a trip to a new city or just  out for a coffee, she always had her camera with her. Sometimes she even had two cameras plus her phone. (I should note that she’s an awesome vlogger on Youtube so the multiple cameras aren’t actually excessive.)

To be honest, I didn’t really understand it at first. I always enjoyed photography, but even as a tourist, I usually kept my picture taking to a minimum. The thought of filming anything never even crossed my mind before meeting her. But the more time I spent with her, the more I started to get it. Fast-forward almost a year and it seems her passion has rubbed off on me. And in the little over a month since I bought my own camera and started filming regularly, I’ve absolutely fallen in love with it.

I’m really excited that I found a new way of not only recording my journeys but also  creatively expressing myself. While I still enjoy writing, I can definitely see a lot more videos in my future. So on that note, here’s a video I made documenting the month of October.

Last weekend I decided to take a trip to Lagos, a small city on the southern coast of Portugal. It was a four-hour bus ride from Sevilla and I only stayed one night because of my tight budget, but it was 24 hours well spent.

If you love beautiful views of the coast, cheap food, and a lively bar scene (filled with plenty of English-speakers), I definitely recommend taking a trip out to Lagos. Hopefully I’ll be able to spend some more time there in the near future.

I spent this weekend eating, touring around the Basque Country in Northern Spain, and eating some more. I stayed at a friend’s house in Amorebieta (a small town about 20 minutes from Bilbao) and was lucky enough to get a tour of Sopelana and Plentzia, two nearby beach towns that are absolutely gorgeous.

Here are a few of my favorite moments from the weekend.

If you’re wondering who the cute redhead in the video is, she’s the super-talented vlogger, Olatz (aka Russianredgeek). If you’re into makeup and beauty products, you should definitely check out her channel on Youtube. Not only is she really great at doing makeup, her creativity when it comes to filming and making videos is what inspired me to start my own channel. 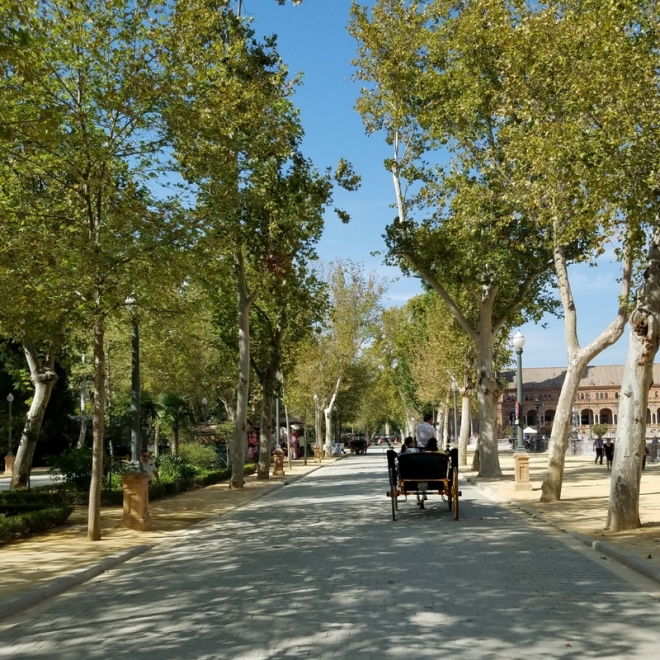 “Begin with the end in mind.”

After reading Stephen Covey’s “First Things First” a few months ago, keeping track of my goals has been at the top of my mind. I’m happy to say that, since then, I’ve made more progress towards the life I want than in the past 3 years combined. But still, I’d be lying if I said I hadn’t lost a little bit of that focus in the transition from California to Spain.

Now that I’m pretty much settled in Sevilla, it’s time for me to refocus on my major goals for this year abroad. And I could think of no better way to do that than putting them out there for the world to see.

So here are the three main things I want to accomplish/work towards this year:

I’m already very motivated to accomplish these goals, but I hope that making them public will give me an added sense of accountability this year.

What are some goals you would like to accomplish this year? How do you plan on staying motivated?

I just moved to Spain, where I’ll be teaching English for the next nine months. Money’s pretty tight, so my big goal for this year is to live and travel frugally. Here are a few of my thoughts (and doubts) on how to accomplish that.

Thanks for watching! I’d love to hear any tips or tricks you might have for living and traveling on a budget.

Here’s a quick recap of my last week in California and my first week in Spain. I enjoyed filming and editing this so much that I’ll probably make it a monthly thing.

After 12 hours of flying, two nights in Madrid, a missed bus, and a seven-hour train ride, I finally made it to Sevilla last Saturday. While my journey was long, I knew it was worth it as soon as I caught a taxi towards my hostel.

It was around nine in the evening, and every street we drove down was full of people – families, couples, and groups of all ages – enjoying the perfect weather. As we passed by the beautifully lit river that runs through the city, I thought to myself, “This is a city I can call home.”

A major reason I enjoy traveling so much is the opportunity to stay in hostels. Not only are they super cheap (I’m always on a budget), they’re also one of the best ways to meet awesome people from around the world. I’ve probably stayed in about 10 or 15 hostels, and pretty much every stay has left me with some great memories.

As soon as I checked into the Black Swan Hostel that night, any jet lag or exhaustion I was feeling immediately disappeared. I was ready to experience what nightlife Sevilla had to offer. Fortunately (though not for my health), my hostel hosted free nightly pub crawls, so I signed up, ate some tuna and half a baguette, and started socializing.

Overall I was really impressed with the night life in Sevilla. The drinks are cheap, the people are nice, and it seemed like something was going on every night we went out, which is pretty impressive considering Sevilla isn’t a huge city like Madrid or Barcelona. While out I met a variety of people, including a ton of local Spaniards, several people from around Europe, and probably a few too many fellow Americans. I was even fortunate enough to meet quite a few people from my teaching program.

My first week in Sevilla wasn’t all fun and games, though. One of the conditions of the teaching program I’m in is that we have to find our own housing. This proved to be a considerable challenge.

When I did the program last year in San Sebastian, I was extremely lucky and found an apartment with very little effort. One of my students happened to have a friend with an available room literally two minutes from my school.

Things weren’t so easy this time around. Starting that Sunday, I called every ‘anuncio’ I could find, each one coming back ‘ocupado’. Apparently, apartments fill up quick down south, and it didn’t help that this was the start of a new school year; there was a huge influx of foreign students studying abroad, plus all of my fellow teaching assistants who were looking for places.

After turning down a place on Wednesday that was in a decent location but would have cost more than half my monthly paycheck, I started to feel the panic set in. “What if it takes weeks for me to find a place? I can’t afford to stay in a hostel that long.” “What if I run out of money???” “What if I have to go back to the states?” These worries and more began settling in my mind. So I did what any mature adult would do in that situation: I went out and got really drunk that night.

As luck would have it, this strategy paid off and I found a room after only two calls the next day. The room was small and the apartment had pretty old appliances, but it had everything I needed, was only five minutes from the bus station I would have to commute to work from, and was decently priced as well. I said “si!”, paid a 300-euro deposit, and moved in the next day.

What did I learn from this experience? Sometimes you just get lucky. Also, very little sleep combined with lots of drinking for six days means you’re definitely getting sick.

As soon as I moved into my new place, the jet lag and six nights of going out caught up to me. As I write this I’m recovering from a chest cold that’s kept me inside for the past few days. However, things are looking up and I’m very excited for the weeks to come.

Lately, I’ve been asking myself why I enjoy traveling so much.

The surface level answers that come to mind are all related to the myriad of different sights, cultures, and people that I come into contact with during my travels. But I think the true answer goes even deeper than that.

Thinking back to my semester studying abroad in Madrid – the first time I had ever been out of the country – what stands out to me most is not any of the things I listed above. To be honest, I took in so many new experiences during those four months that it’s just a blur at this point. A beautiful blur, but a blur nonetheless.

Yet I can see clearly all of the changes that took place inside me during those four months.

I may have looked the same on the outside when I came back home, but I was definitely not the same person as when I left.  I saw myself and the world around me a little bit differently. Things that mattered to me before no longer seemed as important. I felt a little less certain about everything  I knew, yet more confident in my abilities to handle anything unexpected. A similar internal shift occurred during my nine months teaching in Northern Spain last year.

It’s these internal changes that I’m really seeking out, and travel seems to provide the perfect environment for them to take place.

As I finish up packing for my move to Spain, I thought it would be cool to share some items I simply can’t travel without.

What travel items do you consider essential?

An Appetite For Beauty
Blog at WordPress.com.